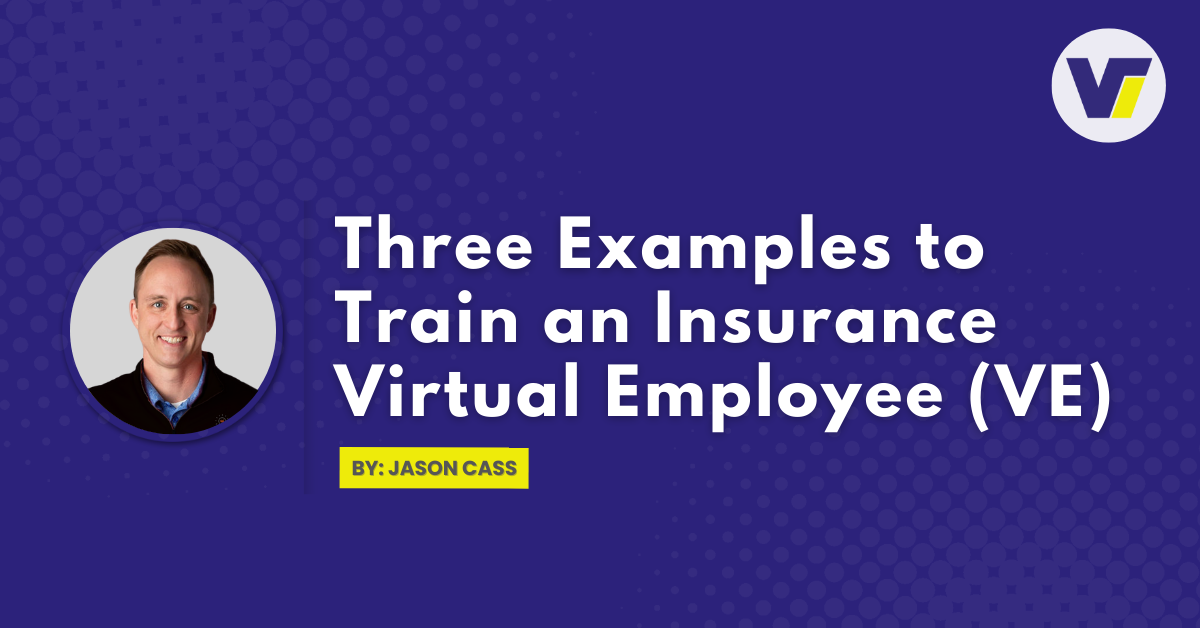 Training employees is definitely not a strength of the independent insurance distribution channel. It has always been a weakness.

Many are trying to make a change. Improvements are being made, but it is slow.

One bright area in training is coming from VE companies. The best VE companies train their VE’s before putting them in an agency and also give continuous training as needed.

But once placed and shadowed it is up to the licensed staff to help build on what they have learned.

How can your licensed staff work best to train VE’s once placed into the agency team?

Below are three strategies you can use to help work with and train VE’s.
Side note: this works with all employees

First, remember when you were learning insurance? The best way to understand was with stories of situations.  VE’s are no different, but you have to go further and explain the entire concept.

Example: Every agency that we help wants certain tasks taught and 80% of them are all the same. Mortgagee changes are a great example.

We explain to the team that the bank is requesting a change in the mortgagee and here is how to do it. Explaining this is how you teach a licensed team member but not a VE.

You have to go deeper.

You have to explain to them the whole home buying process.

Who is a real estate agent?
Mortgage broker?

Where is their role in the process?

Why does the bank want to be on the policy?

This must come from the client’s viewpoint. The VE needs to understand the concept by being in it. They have never experienced what you are saying, so they must visualize the whole concept to execute the tasks properly when on their own.

Our culture comes from communication and experiences that are assumed, due to having the same culture. People of other countries/cultures need to know the holistic concept of the entire process from beginning to end.

In addition, most of the tasks VE’s do are better at those tasks than the licensed staff. #truestory

So as we move to delegate tasks they need a clearly defined structure.

Example: If you are having your VE do the quoting, set a timetable to when you want the quote back. A VE’s mindset is that if you give them a task they will go 80 mph to get it done.

This means they will call/email/message non-stop asking questions to you or the team. They want nothing more than to do their job as best and efficiently as possible.

Set a timetable, of let’s say, 24 hours to have a quote returned.

What we have learned is to set three or four meetings during the day where we meet or trade messages. These meetings would go over items they needed to know to complete their tasks.

Now the VE knows that the quote or task that has been assigned doesn’t need to be fast-tracked. When items stop the VE because they have questions, they have set times to ask for assistance.

Remember their culture is not ours and they aim to be the best at their job. When delegating, you must give them structure.

Do as I Would Do

VE’s are happy to please the team but are very unconfident in their work with American clientele. Like most foreign people, they think their English is bad and that their grammar is worse.

Recognize this and work with them.

Example: If you receive an email from a client requesting a reply, send it to the VE and tell them to reply to YOU with what they would reply to the client.

This gives the VE power. It allows them to put forth what they know. They build confidence but also meet the expectations of the client.

Being grateful for a job and wanting to please is the mentality of the VE, but in the end, they want to make the agency successful by making the client happy.

Embedding the VE’s into the conversation involves them in our culture and this is the building block of creating a great team member in a VE.

This is something I have done with my staff but I do it more with my VE’s. It helps build the other points mentioned above and helps develop and train the VE to their potential.

I hope these three things I have mentioned give you the foundation needed to help develop and train your VE’s and be the agency force they can be.

Jason Cass is a thought leader, speaker, agency owner and champion for the independent insurance industry. He is the founder of Agency Intelligence (AI), a place where insurance agents and agency owners can connect, share knowledge and work together to improve their agencies and move the industry forward. Jason hosts two major insurance podcast series, Agent’s Influence and Agency Intelligence where he talks with those that influence the insurance industry and connects with independent insurance agents all over the country. He is also the author of the Amazon Bestselling book, Customer Service is Just Foreplay, and is working on his second book titled, The Great Separator.

Set up a one-on-one meeting with us! 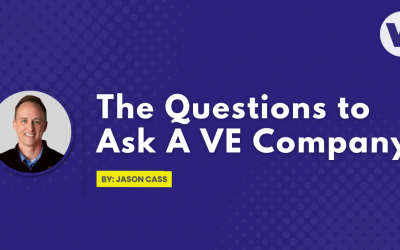 The Questions to Ask A VE Company

Clarification: Companies refer to them as Va’s (virtual assistants). I feel that their value to our industry and country is equal to my other... 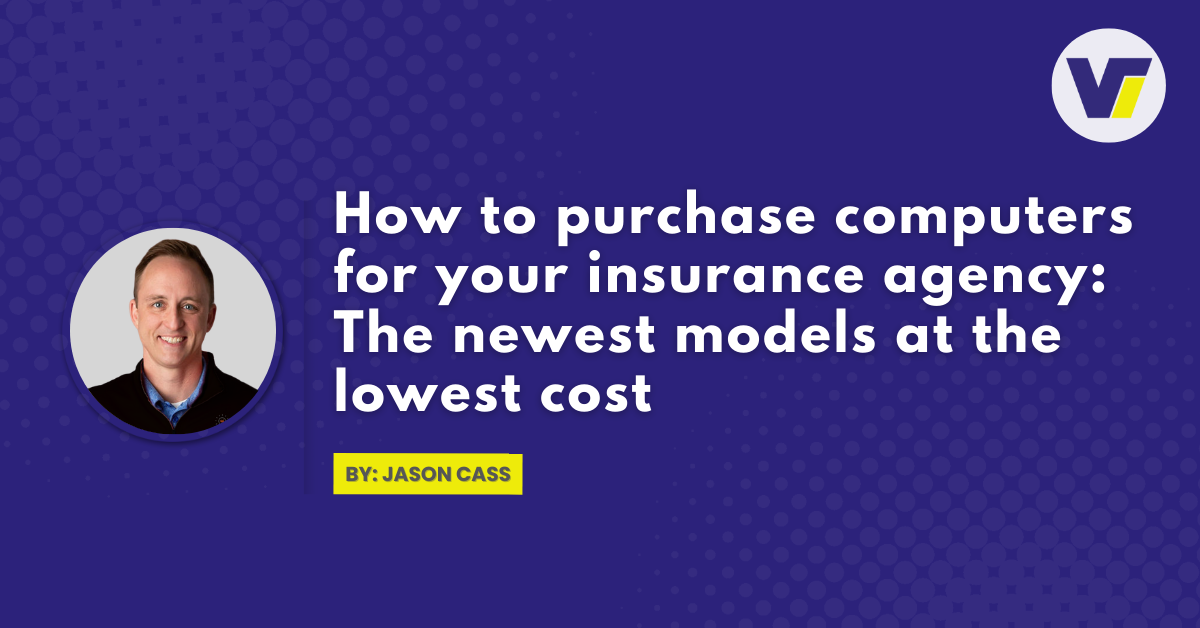 How to purchase computers for your insurance agency: The newest models at the lowest cost

Who likes to buy computers for their office?  I actually do, it’s weird I know, but in this blog maybe you will understand why. Owning multiple... 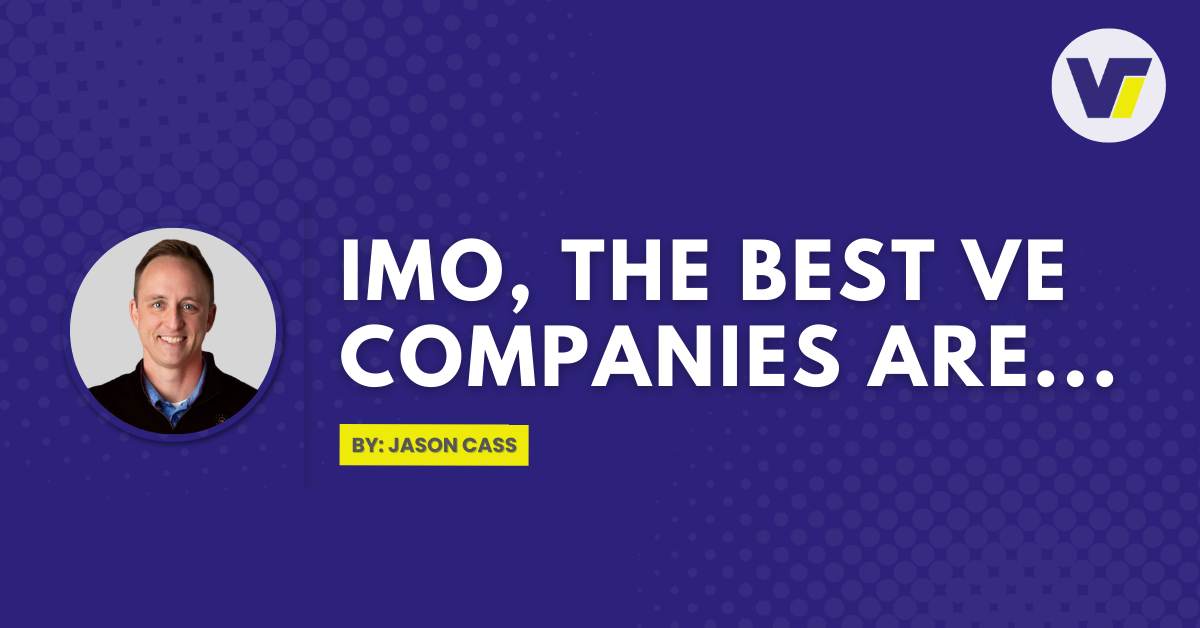 IMO, The Best VE Companies Are…

2022 is the year of the virtual employee The industry name for this workforce is VA, meaning virtual assistants. In my personal experience, they...